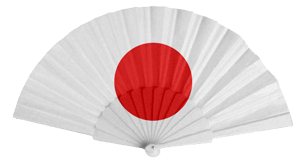 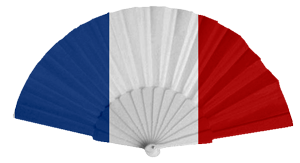 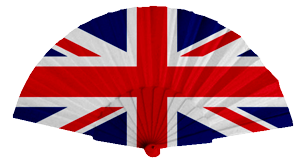 It’s a secret.
A secret you’ll never find in all the guides of Japan.
A secret that Japanese keep only for them.
A secret I am proud to tell you.

Japanese laugh.
Can you believe that?

Japanese are laughing when they listen to « sit-down comedy ».

In the beginning, there was the otogishû. They were professional talkers and they performed during Muromachi period (1336-1573) to the beginning of Edo (1603-1868).
Nowadays, we would call this kind of people « a consultant ».
Otogishû were working for Shôgun (military dictators) and Daimyô (feudal lords). The second « Great Unifier » of Japan, Toyotomi Hideyoshi, had more than 800 otogishû working for him. If he had to prepare a battle, he had a specialist of war stories to give him inspiration. If he wanted to relax, he had a specialist of funny stories coming. If he needed wise advice, he called for a Buddhist priest…
One of the best speakers around him was Anrakuan Sakuden (1554-1642), priest of the Jōdo (Pure Land) sect of Buddhism, based at the Seigan-ji, in Kyoto. He is famous as the author of the Seisuishō (Laughs to Wake You Up) a collection of humorous anecdotes, published in 1623. For this reason, Anrakuan Sakuden is called the founder of Rakugo.

But even if Anrakuan is the founder of Rakugo, we still really don’t know where the Rakugo performed nowadays is coming from. Was it born in Kyoto? In Osaka? Or in Edo (Tokyo)?
In fact, it seems that it was born almost at the same time, in the 3 cities.

In Kyoto, the monk Tsuyu No Gorobei (1643-1703) was telling stories called tsuji-banashi (stories of crossing) in the street. Before starting his stories, he has to gather passers-by around him and for that used a little table called kendai and two pieces of wood. Nowadays, the kendai and the pieces of wood are still actual in the Kamigata Rakugo style (the style of Kansai) with two purposes: giving rhythm to the story and showing a change of scene.

In the close city of Osaka, Yonezawa Hikohachi (????-1714) was telling karukuchi-banashi (light stories) at Ikukunitama Shrine. Even now, every 1st week-end of September Rakugo-ka from all Japan gather at the Shrine for the Hikohachi Matsuri (Hikohachi Festival). Hikohachi was also using kendai.

In Edo (old Tokyo), Shika No Buzaemon (1649-1699) was telling zashiki-banashi (stories of zashiki, tatami room). This closed environment gave birth later to yose, the cabaret where you can listen to Rakugo nowadays, anytime of the year.

Rakugo is now split in 2 categories: Edo Rakugo (Tokyo style) and Kamigata Rakugo (Kansai style, which is a fusion of Kyoto’s tsuji banashi and Osaka’s karukuchi banashi)
But in each category, there are 2 elements that any Rakugo-ka always have with him/her: the fan (sensu) and the towel (tenugui). These elements give emphasis to his gesture. He can become a samurai with its fan/saber; he can eat noodles with its fan/chopsticks; he can take money out of its towel/wallet… While miming these situations, the Rakugo-ka is sitting on his knees (seiza) on a big cushion (zabuton). 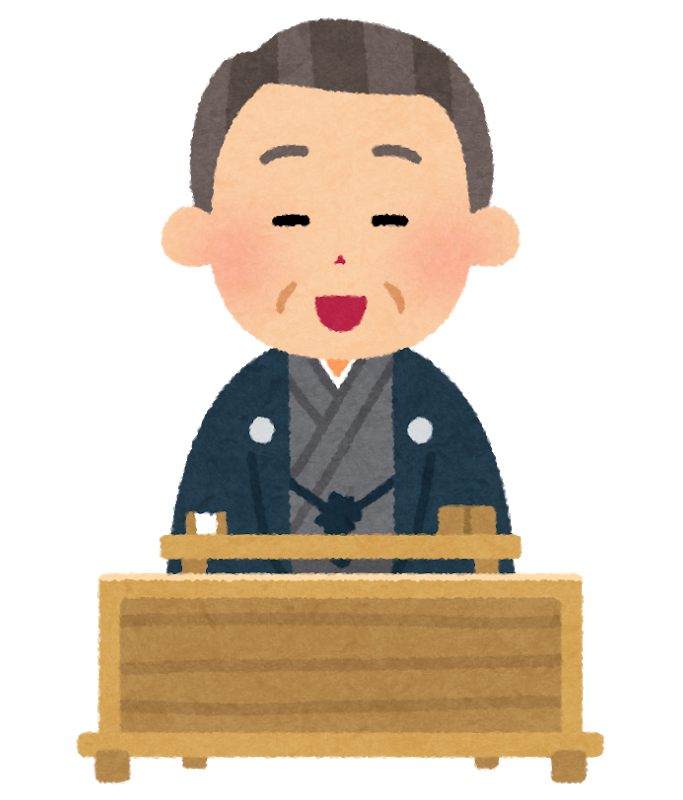 But as a picture is worth a thousand words, I wish you can check Rakugo with your own eyes one day.
Please have a look on the schedule to see if I am nearby!
You can also contact me anytime to book a show, a conference or a workshop. 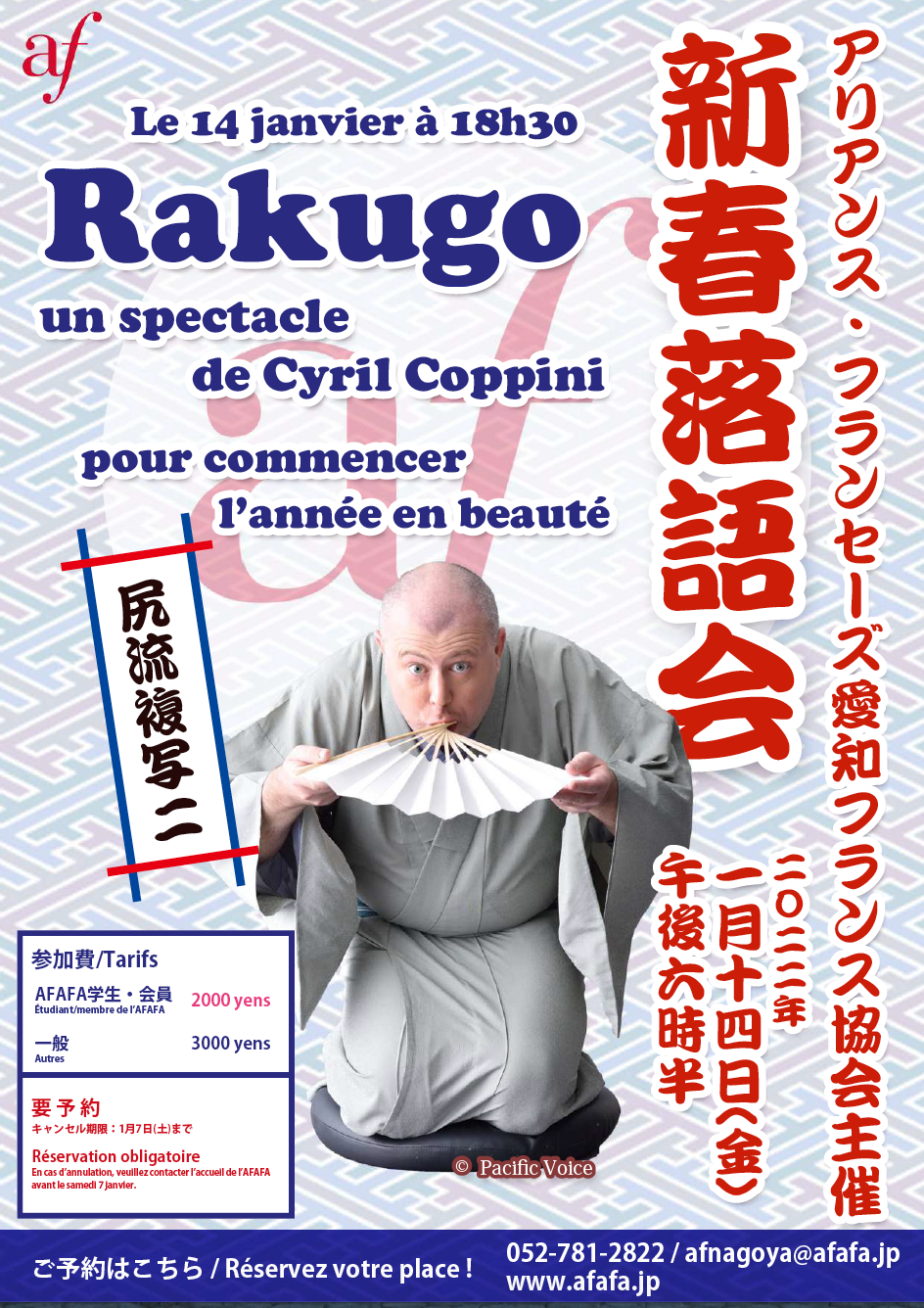 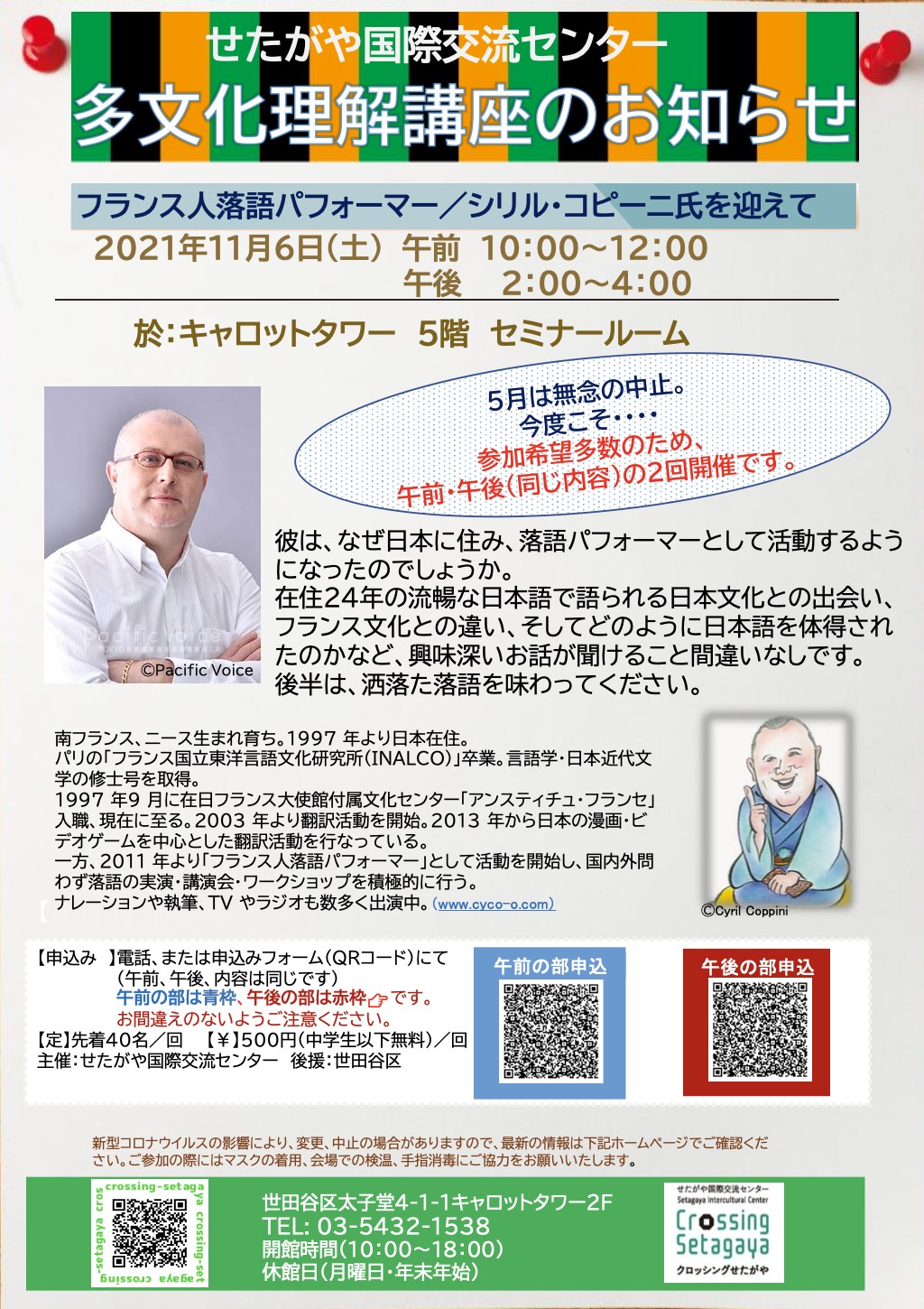 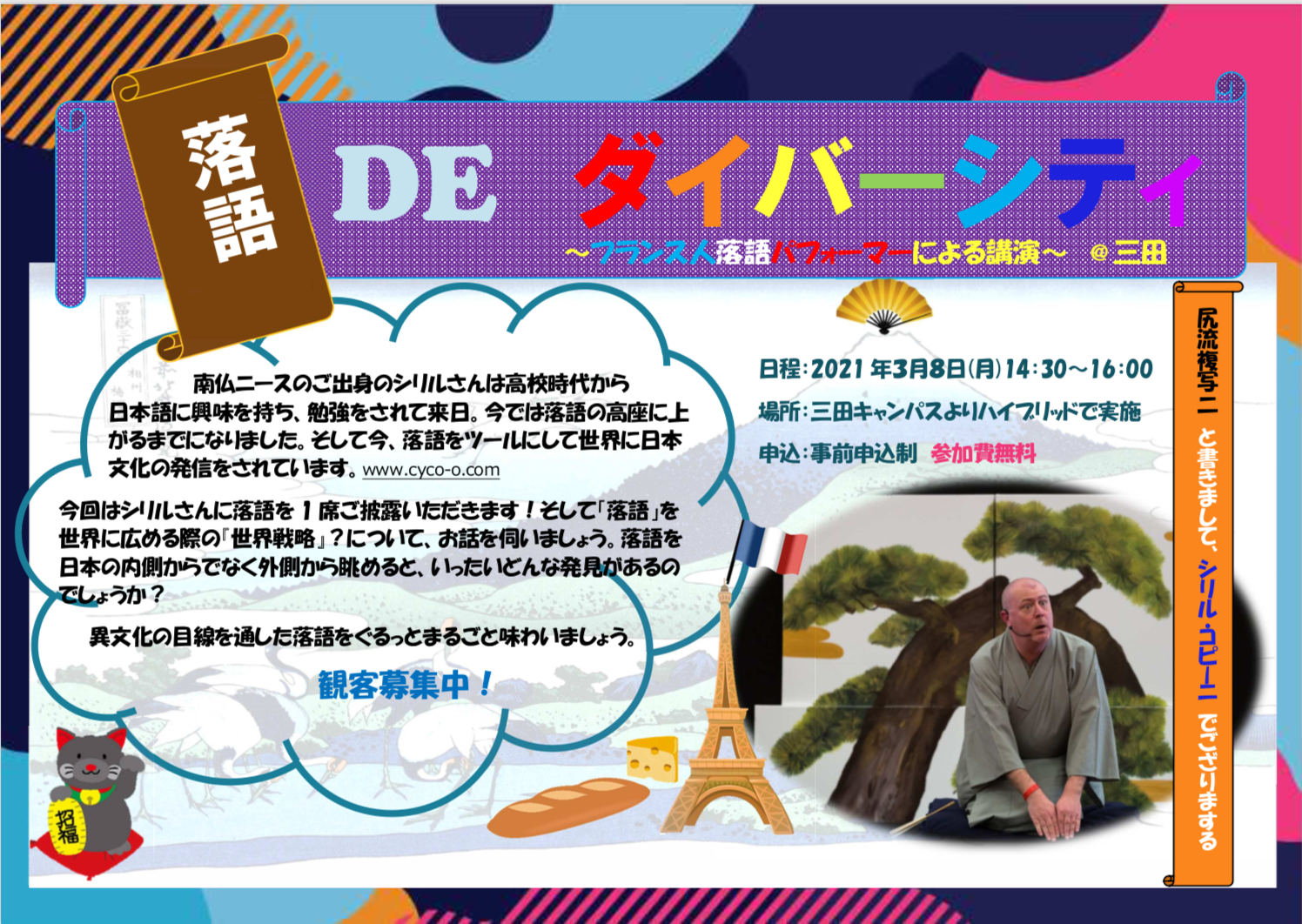 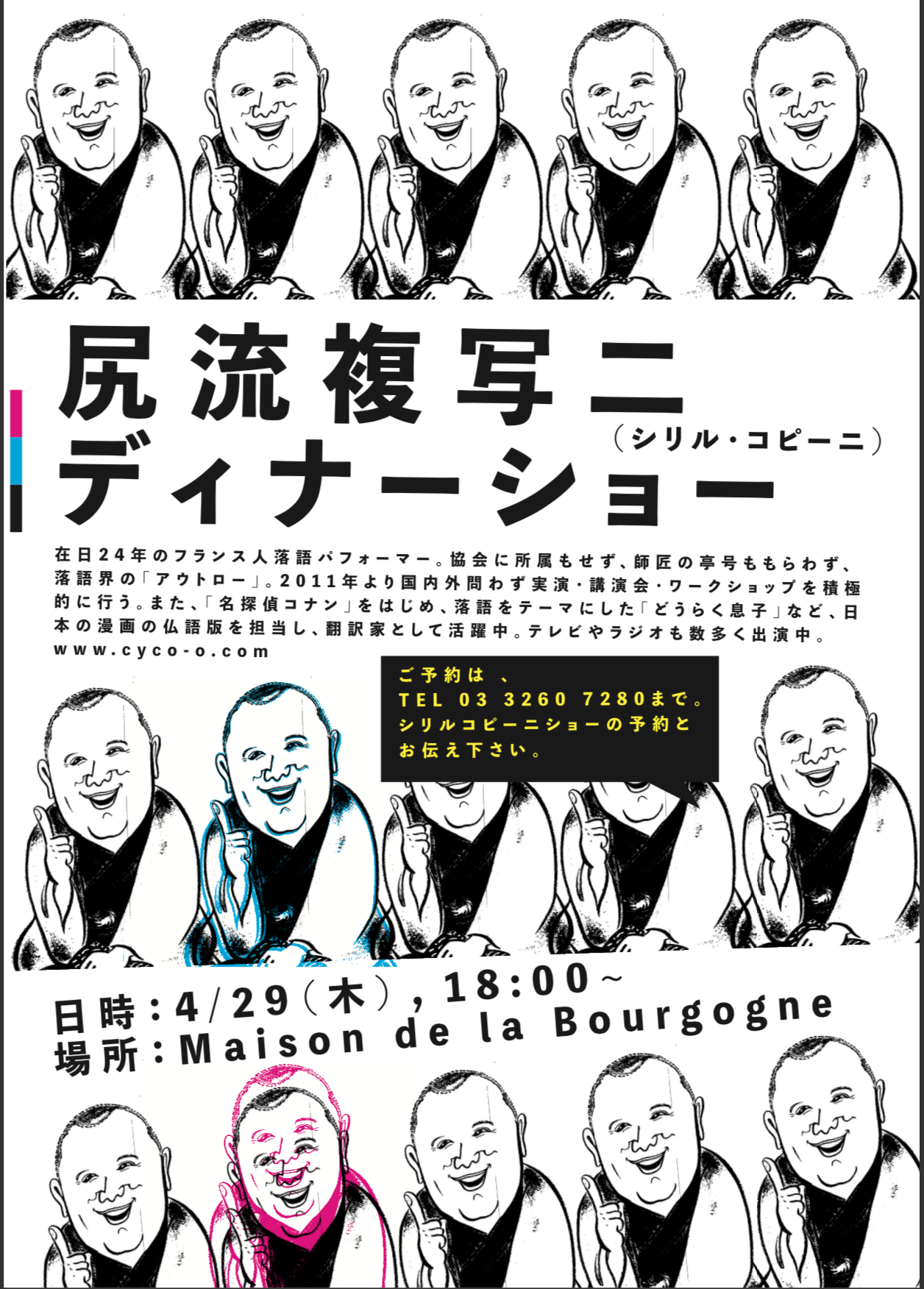 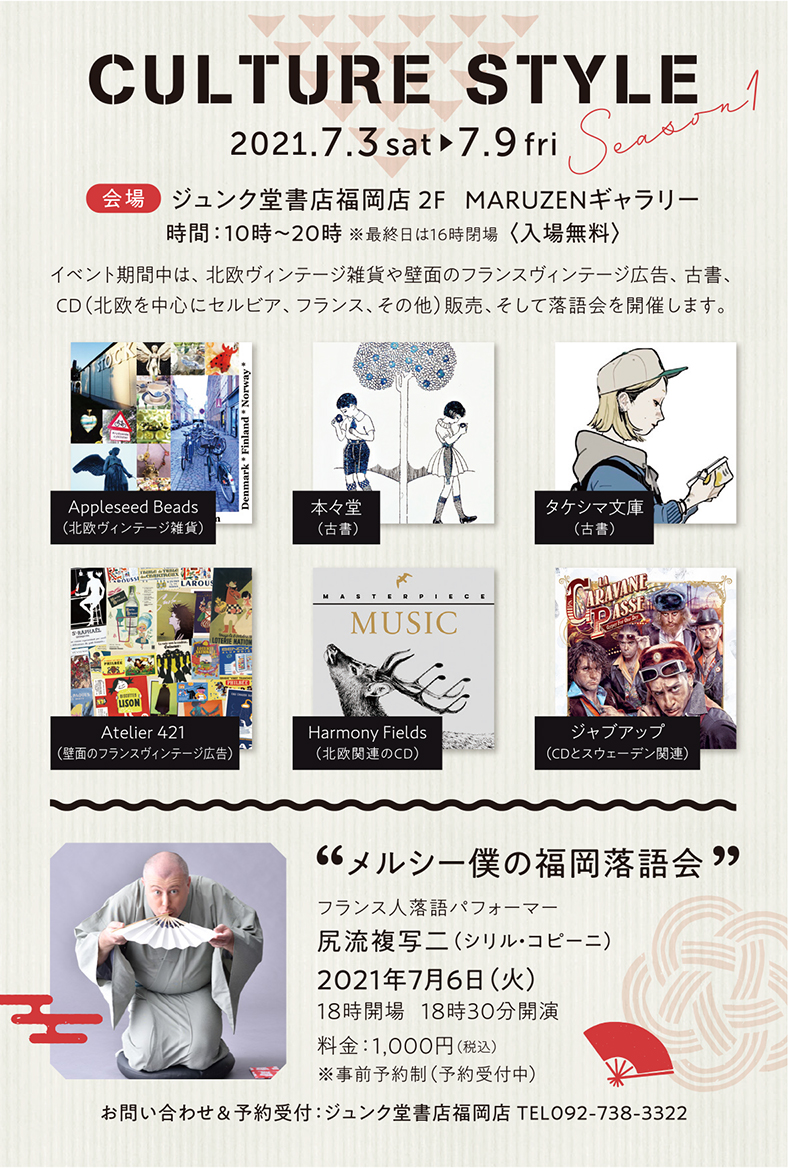